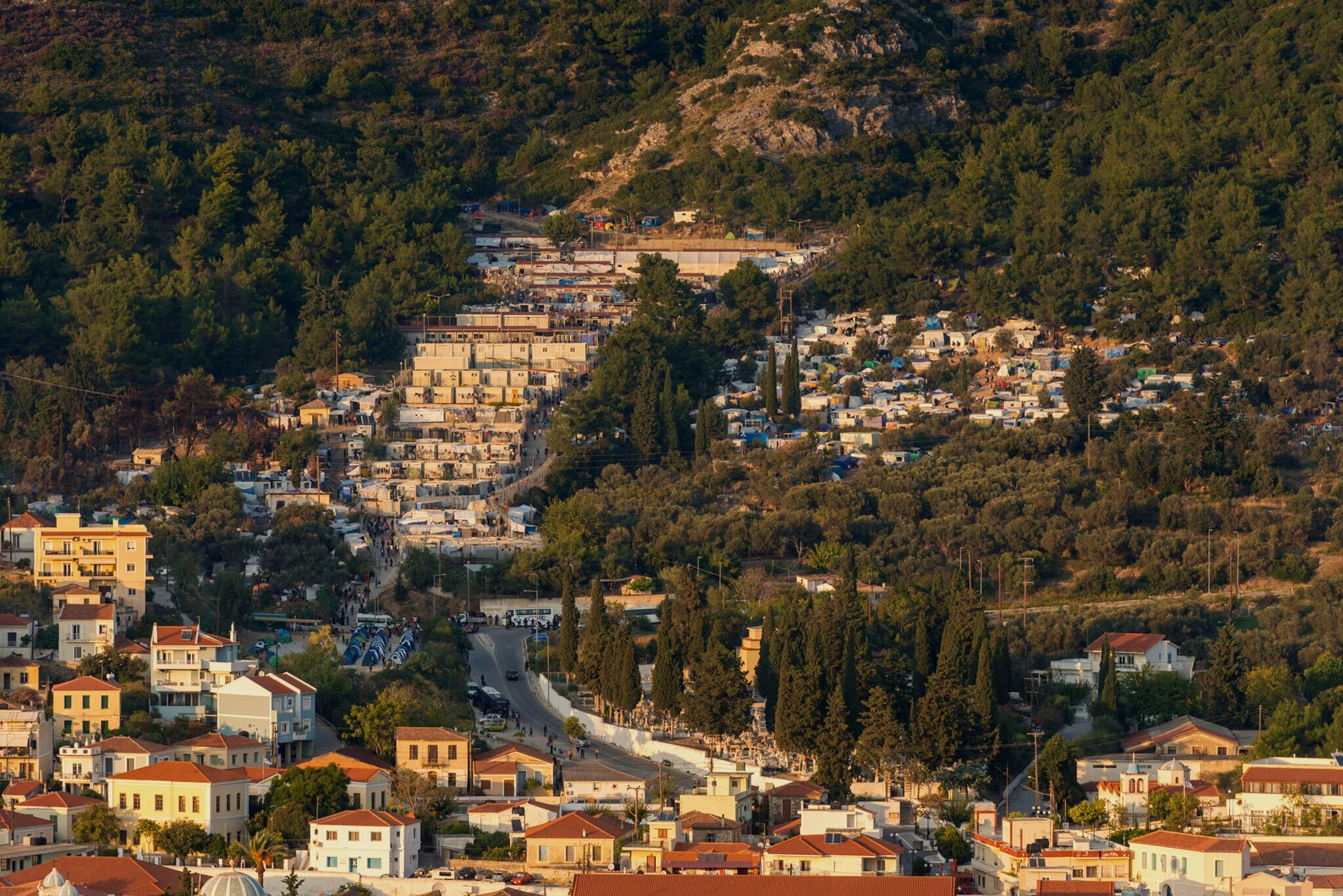 Greek refugee camps have thrown deeper into crisis in recent weeks as the conditions have become increasingly inhumane and dangerous.

The asylum seekers staying in the camps are completely deprived of key resources such as food, healthcare and shelter, with extreme overcrowding causing an acute shortage of supplies. Despite the fact that charities and other Non-Governmental Organisations (NGOs) are working immensely hard to remedy the situation and ensure that those in need are both safe and cared for, police and authorities are making it difficult for them to provide support.

In light of the conditions currently facing those staying at the camps, a COVID-19 outbreak would prove catastrophic. Not only do overcrowded and unsanitary conditions encourage the spread of infection, the lack of available medical facilities mean that those who were infected would not have access to the necessary treatment.

In an attempt to end the suffering and find an appropriate solution, there are growing calls to evacuate the camps and relocate the inhabitants to European towns and cities.

The issue of overcrowding at the Greek refugee camps has now reached a point of serious crisis, with human rights campaigners telling The Canary that it is ‘beyond breaking point’. The Vathy camp on the Greek island of Samos was designed to accommodate 700 refugees. There are currently 7000 people living at the camp.

These numbers encapsulate the extent of overcrowding that has engulfed refugee camps on the Greek islands. Camps on the islands of Chios, Kos and Leros are similarly overcrowded, while the Moria camp on the island of Lesbos was designed to accommodate 3000 yet is currently home to a staggering 20,000 refugees. 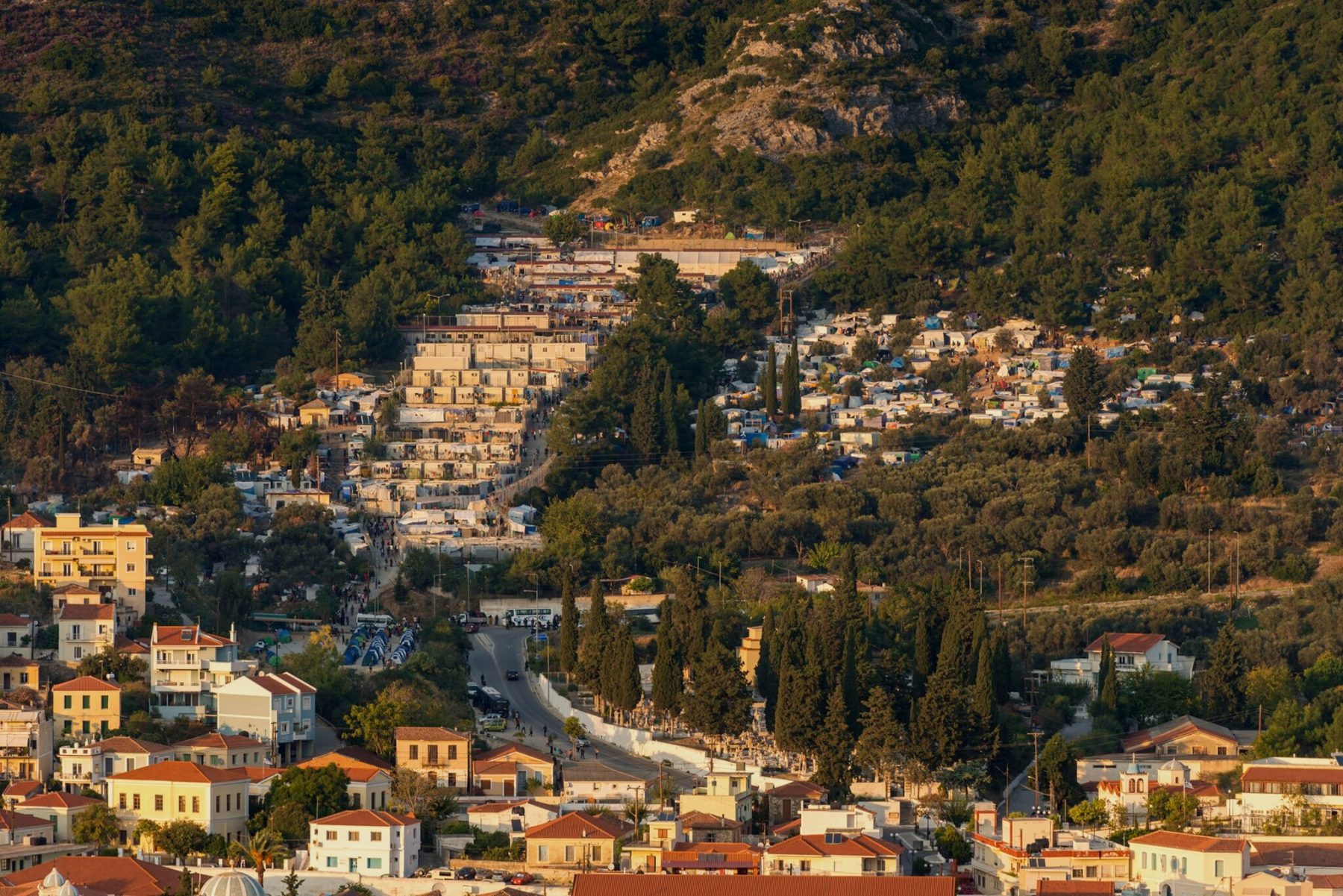 The Greek island of Samos

As discussed recently on the blog, the Moria camp was thrown into chaos after news of a confirmed case of COVID-19 broke. With sanitary conditions at the camp so poor that scabies and lice are commonplace, doctors rushed to the island to try and prevent a serious outbreak. However, they were attacked by local residents due to rising resentment of migrants.

With the other Greek refugee camps similarly overcrowded, a COVID-19 outbreak would prove similarly disastrous. At present, the hospital on Samos only has two ICU beds available, leaving it unable to cope with an upsurge in demand. For this reason, the Europe Must Act (EMA) movement is calling for all of the Aegean island camps to be evacuated.

With the Aegean campshaving to accommodate so many more people than they were designed to, there are simply not enough resources to go around. This has led to rising tension between inhabitants, with ‘community in-fighting’ causing a series of fires on Samos’ Vathy camp.

As described by EMA’s Frankie Ellwood:

“There were two fires and a third the following morning. The fires were the result of community in-fighting as people struggle for supplies. Specifically, people [living in] in UNHCR containers have (limited) access to electricity and this results in a power-imbalance that understandably fuels tensions.

Estimations from my colleagues suggest that 500 people lost everything. They now have no place to stay… Currently people are sleeping on a gravel square outside the camp (previously used to play football on). They were just sleeping on the ground but slowly they are finding tents and setting them up. These tents are not good quality and a rainstorm this morning soaked their blankets and clothes.”

To make matters worse, NGOs and activists have been prevented from providing essentials such as blankets to those in need by the island’s police.

Also discussed recently on the blog was the joint migration action plan agreed to by Greece and the UK. The plan states that the UK Border Force and Greek Coast Guard will carry out joint operations in the Aegean Sea in order to prevent ‘irregular migration’ into Europe.

Europe Must Act argues that by framing the plan in this way, the two governments are failing ‘to consider the reasons why people are forced to flee their countries of origin’.

At the Immigration Advice Service, we provide expert assistance for all manner of immigration queries. From claiming asylum to student visas, we’re here to help.