All of Glasgow’s seven MP’s have called for a Fatal Accident Inquiry (FAI) after three asylum seekers have died in the city this year.

In a letter to the Lord Advocate the MP’s said:

“We have long been concerned about the quality and adequacy of the accommodation and financial support provided by the Home Office to asylum seekers under its jurisdiction. In our experience, housing is typically sourced at the low end of the private rental sector. Financial support amounts to £37.95 per week per person, amounting to about only half of the social security minimum. It is also our clear view that this amounts to Home Office sanctioned severe poverty at best and utter destitution at worse.” 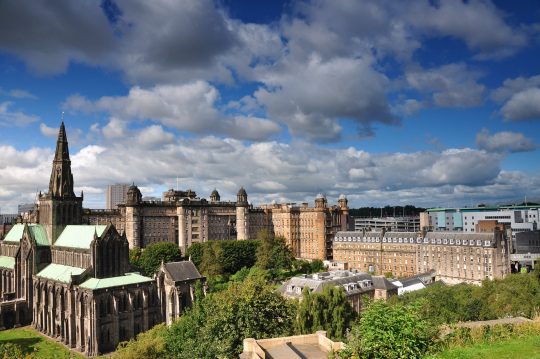 Syrian asylum seeker Adnan Walid Elbi was found dead in his temporary accommodation at MacLays Guest House on May 6th.

The following month Badreddin Abedlla Adam, from Sudan, was shot and killed by police after injuring six people in a knife attack at a Park Inn Hotel. The hotel was housing around 100 asylum seekers who had been moved there after the outbreak of COVID-19. The charity Positive Action in Housing claimed that the conditions there meant that many were in dire mental health situations.

Most recently, Ugandan woman Mercy Baguma was found dead in her flat on the 28th August. Positive Action in Housing said her one-year-old son was “found crying beside his mother’s body, weakened from several days of hunger”.

“I think the asylum system is not treating people with respect and dignity. It’s just not right that asylum seekers are living on £37 a week – that’s what I was earning as a new trainee 30 years ago. We need to know if there are improvements that can be made.”

If you need assistance with an immigration issue, the IAS is here to help. As well as our office in Manchester we have offices located across Scotland, including in Aberdeen and Glasgow. Speak to our lawyers today to find out how they can help you.