A report released by the House of Commons Public Accounts Committee on Friday has revealed that the Home Office doesn’t know what the £400 million in annual spending on immigration enforcement actually achieves, and has no idea about the effect that their policies have on immigrants.

The report stated that the Home Office has instead been creating their policies based on “anecdote, assumption and prejudice” and that the department shows an inadequate level of concern for both the legitimate and illegal migrants that are affected by the damage caused by the department’s failures.

The report goes on to detail that the lack of diversity at senior levels has created significant “blind spots”, that led to the damaging culture that saw the Windrush scandal.

As well as this, the report found that the Government has made unsupported claims about the reasons for an increasing number of asylum seekers, and that this risks increasing prejudices against immigrants and asylum seekers.

“The Home Office has frighteningly little grasp of the impact of its activities in managing immigration. It shows no inclination to learn from its numerous mistakes across a swathe of immigration activities – even when it fully accepts that it has made serious errors.” 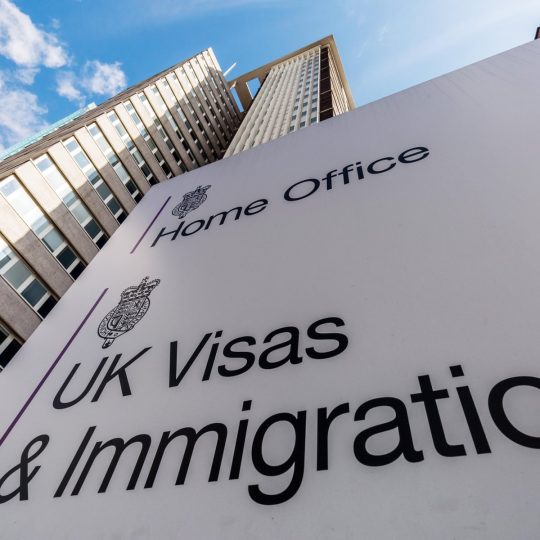 Hilliar also commented on the changes that need to be made, saying:

“15 years after the then Home Secretary declared the UK’s immigration system “not fit for purpose” it is time for transformation of the Immigration Enforcement into a data-led organisation. Within six months of this report we expect a detailed plan, with set priorities and deadlines, for how the Home Office is going to make this transformation.”

Also highlighted within the report was a concern for the lack of preparation from the Home Office for the UK’s exit of the EU, in relation to safeguarding existing legal immigrants in the UK. It found that there was a lack of evidence to suggest sufficient preparation has been done ahead of the the new points-based immigration system, set to come into place at the start of next year. Brexit has also meant that immigration from outside of the EU is at an all time high.

The committee also spoke of their concerns into how the government’s handling of COVID-19 would affect immigrants working in the UK. The Home Office said they would not offer any more blanket Visa Extensions beyond July 2020 but would instead look at this on a case-by-case basis. The committee said that systems that are not fit for purpose could mean that this could damage individuals immigration status’s. Recent pressure has forced the government into lowering the minimum salary requirement for immigrant workers in the new points-based system.