A teenage boy from Sudan has won a legal battle against Wirral council after they were found to have unlawfully assessed his age when he was claiming asylum in the UK.

The Sudanese boy first arrived in the UK as an unaccompanied child when he was 15 in 2019, but upon claiming asylum in the country Wirral council identified him to be 20 years old.

The boy, who is now 17, had his case taken on by lawyers and now Judge O’Callaghan has ruled that Wirral councils age assessment was “fundamentally unfair” and “conducted unlawfully”.

“In the circumstances and being aware that an assessment as to age cannot be concluded with 100% accuracy I find, on balance, that the applicant is a young person aged under 18 and that he is truthful as to the date of his birth.”

It also criticised the council for it’s failure to provide an adequate interpreter and relying too strongly on physical appearance.

The judgement means that the boy will now be treated as a child during his asylum claim, which means that the council must care for him and ensure that he is in education or training until the age of 18.

If you are claiming asylum in the UK, then you should seek urgent help from a professional immigration lawyer.

Our highly-trained immigration lawyers can support those claiming asylum in the UK as well as assisting those facing immigration detention or deportation.

If you have an urgent immigration issue, don’t hesitate to get in touch with our team today by calling 01618269783, 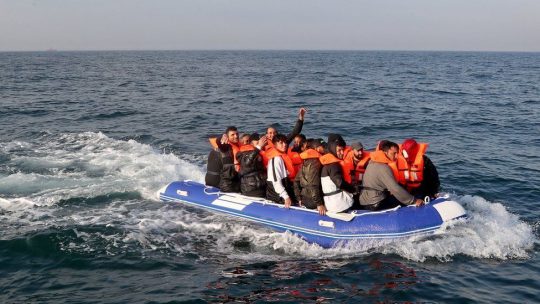 The boy arrived in the UK after crossing the Mediterranean on a small boat and traveling through Europe : (Image Credit BBC News)